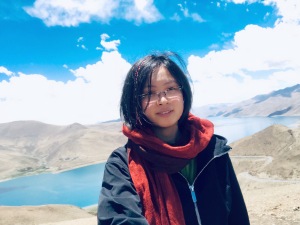 I graduated from Prof. Tziperman’s group in Harvard, working on general circulation on Earth and other planets.

Since Feb 2020, I start in MIT as a Lorenz/Houghton Fellow, working with Prof. John Marshall and Prof. Sara Seager on icy moons and exoplanets.

The zonal asymmetry of the MJO forcing itself also plays a role. In response to a circumglobal MJO-like forcing, or a longitudinal restricted one located at different locations, the SSWs can be either enhanced or suppressed [5]. Forced by circumglobal MJO-like forcing with increasing amplitude, the SSW first gets enhanced then suppressed as shown in the black solid curve below; this is a result of the competition between the enhancement mechanism and the suppression mechanism.

Direct transmission of MJO-excited waves, modification of the stationary pattern in the mid-latitude, and the amplitude of the mid-latitude generated transient waves, all three of them play a role in determining the SSW’s fate. The key process controlling the MJO impact on SSW was found to be the strengthening and weakening of the stationary pattern through the interaction with the MJO forcing. Shown below are the mid-latitude jet response to MJO forcing restricted in B window (where the current MJO forcing located at) and C window (where the future MJO is predicted to expand to). The former (latter) strengthens (weakens) the stationary pattern in the jet, and ends up enhancing (suppressing) the SSWs. Notice that the MJO-excited waves contribute in both cases to enhance SSWs. What happens in the transition stage from the unforced background flow to the forced one? We ran 800-ensemble simulations starting from different initial conditions, with the MJO-like forcing turned on at t=0 (initial MJO phase is different from one and another), and closed the momentum budget. The results indicate that the eddy momentum transport, u’v’, drives the climatology response.

Seeing that the MJO-related signal can only propagate to the Arctic in some specific phase (See Fig.1), we anticipated that the zonal asymmetry of either the background state or the forcing itself plays a role and pursued it in Kang and Tziperman 2018 [4].

Using idealized circumglobal MJO forcing with k=1 structure, we studied the role played by the background zonal asymmetry. MJO-forced waves can only penetrate the jet in appearance of the background stationary wave pattern. In perfect zonally symmetric experiment (0% below), the transmission rate of the MJO-forced waves decreases to almost zero, consistent with the lackness of MJO-related signal in the Arctic stratosphere (Fig. 5). The transmission rate in the MJO forced experiments (MJO[N]) seem to follow a universal rule as the background changing experiments.

The reason for the suppression of SSWs and the cooling of the Arctic stratosphere is revealed in the U wind response above. The MJO forcing at the Equator works as a wave source, exciting Rossby waves propagating outside the Equator, and in the mean while, transporting momentum to the Equator. As a result, the mid-latitude jet decelerates, the temperature gradient (baroclinicity) falls due to the thermal wind constraint, weakening both the stationary waves and the transient waves which feed on the baroclinicity there.

As the Sudden Stratospheric Warming (SSW) was observed to be led by specific phase of Madden-Julian Oscillation (MJO) [1] , and the MJO was predicted to get stronger under a global warming scenario [2], we started thinking of the behind mechanism of the MJO-SSW teleconnection and the changes in a future warmer climate.

We first validated the MJO-SSW teleconnection by showing that the Arctic stratospheric temperature fluctuate with the MJO phase significantly.

The message deliverer is the large-scale waves excited by the MJO forcing. Shown below is a hovmoller plot of the meridional component of wave activity flux, where the northward propagation of the flux is clear in both WACCM and Idealized dry core model. The signal seems to be halted and noisy around 30N, possibly due to the interaction with the jet there, which turned out to be a key process determining the SSW response (will discuss later).

In response to a stronger MJO forcing as expected in a warmer future climate [2], the Arctic stratosphere is warmed by over 4K, the polar night jet is weakened by over 3m/s and the SSW frequency almost doubles, in both a Held-Suarez type idealized model and the Whole Atmospheric Community Climate Model (WACCM).