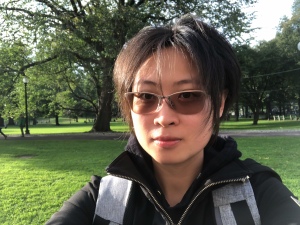 We use theories and modeling tools to understand the geophysical fluid dynamics on earth and beyond, such as terrestrial exoplanets, disintegrating lava planets and icy satellites. If you are interested in our work, please feel free to reach out!

The zonal asymmetry of the MJO forcing itself also plays a role. In response to a circumglobal MJO-like forcing, or a longitudinal restricted one located at different locations, the SSWs can be either enhanced or suppressed [5]. Forced by circumglobal MJO-like forcing with increasing amplitude, the SSW first gets enhanced then suppressed as shown in the black solid curve below; this is a result of the competition between the enhancement mechanism and the suppression mechanism.

Direct transmission of MJO-excited waves, modification of the stationary pattern in the mid-latitude, and the amplitude of the mid-latitude generated transient waves, all three of them play a role in determining the SSW’s fate. The key process controlling the MJO impact on SSW was found to be the strengthening and weakening of the stationary pattern through the interaction with the MJO forcing. Shown below are the mid-latitude jet response to MJO forcing restricted in B window (where the current MJO forcing located at) and C window (where the future MJO is predicted to expand to). The former (latter) strengthens (weakens) the stationary pattern in the jet, and ends up enhancing (suppressing) the SSWs. Notice that the MJO-excited waves contribute in both cases to enhance SSWs. What happens in the transition stage from the unforced background flow to the forced one? We ran 800-ensemble simulations starting from different initial conditions, with the MJO-like forcing turned on at t=0 (initial MJO phase is different from one and another), and closed the momentum budget. The results indicate that the eddy momentum transport, u’v’, drives the climatology response.